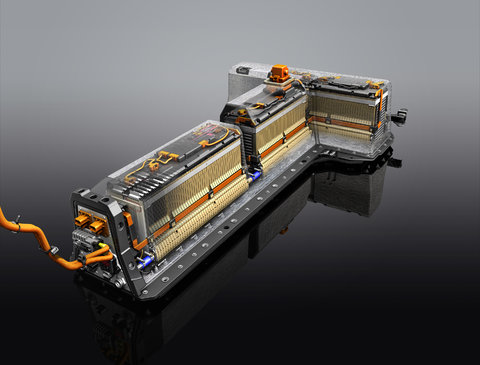 This summer, San Jose State University is offering the first classes in what it calls “battery university,” a series in its professional development program intended to train a work force for the next generation of battery makers. The curriculum is being developed by more than 100 experts from the emerging battery storage sector — mostly from the San Francisco Bay Area — and will focus not only on developing the technology, but also on ways to make it cost-effective and realistically usable in electric cars, renewable energy or smartphones and laptops.

California is home to about 40 battery companies, but they are struggling to find a work force.

“Start-up companies with new ideas are coming on board, but there is no work force to get those ideas to completion and to ultimately reach a point of success for the marketplace,” said Venkat Srinivasan, head of the Energy Storage and Distributed Resources group at Lawrence Berkeley National Laboratory, a partner in the program.

The vast majority of lithium-ion batteries are produced in China, Japan and South Korea, and emerging lithium-ion battery manufacturing in the United States is off to a shaky start. The 2009 federal stimulus bill gave more than $2 billion to support new battery plants. One of those plants, LG Chem Michigan, which was to produce batteries for the Chevy Volt, has remained idle since construction, and another, A123 Systems – the company that made batteries for the beleaguered electric carmaker Fisker Automotive – went bankrupt and was acquired by a Chinese auto parts maker in December. Johnson Controls, a lead-acid battery manufacturer, has fared better with its lithium-ion battery plant in Holland, Mich.

Mr. Srinivasan notes that “the United States still leads the world in research in battery technologies.” The looming challenge facing lithium-ion battery manufacturers is the need to increase energy density without decreasing the battery’s life cycle, while at the same time keeping production costs down, he said. The cost of batteries has been a major obstacle to increased electric car sales.

“Batteries are about half the cost of an electric vehicle,” said Doug Davenport, a program manager at Berkeley Lab. “It pushes the price point of that car well beyond what a comparable gasoline engine car would be, and with a shorter range.”

As researchers develop new materials and energy storage technologies for the next generation of batteries, both Mr. Srinivasan and Mr. Davenport say, the United States could have the opportunity to take the lead in battery manufacturing — if a skilled work force is available to do the specialized work necessary.

In November the Energy Department announced that two new advanced battery research facilities would be built in Michigan.

Jeffrey Anderson, the interim executive director of CalCharge, which promotes energy-storage innovation, said such labs “are focused on addressing the energy density and cost challenge. If they succeed in their goal, we’re going to have a huge opportunity to leapfrog the competition.

“One of the critical pieces to being able to do that is whether we have a work force that is trained to know how to take something from innovation to infrastructure,” Mr. Anderson said. “And that’s the reason for ‘battery university.’”

The first 10- to 12-week course will be offered in July or August, and online courses will be available in the future.

This post has been revised to reflect the following correction:

Because of an erroneous press release from Senator Debbie Stabenow, an earlier version of this post misstated the affiliation of two new advanced battery research facilities in Michigan. They are not affiliated with the Argonne National Laboratory.

Inside Lawrence Berkeley Lab; $40B industry sparks battery technology raceWhere the Geniuses Are